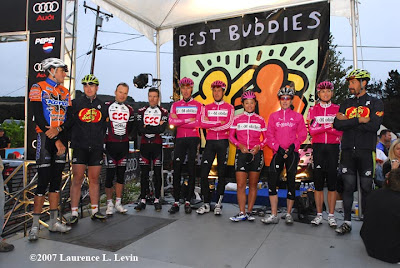 Monterey CA September 8--The best cyclist in the world joined over 1000 riders in the Best Buddies Challenge 100 mile ride along the Pacific Coast Highway from Monterey to The Hearst Castle. Over 2.2 million dollars was donated to support Best Buddies in their mission to enhance the lives of people with intellectual disabilities.

From Team T-Mobile we have Axcel Mercks who just returned as captain from the Tour de France squad, Aaron Olsen who just placed 3rd overall in the Tour of Ireland, Kim Anderson who recently placed in the Redlands Classic, Kim Baldwin and Olympic Silver medalist Mari Holden

* Team CSC: David Zabriskie one of 3 Americans to wear the yellow Jersey in the history of the Tour de France Yellow Jersey and Lars Michaelsen whom just had a very strong finish in the Paris-Roubaix. 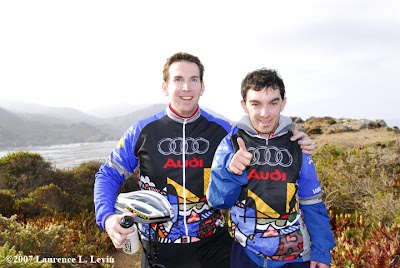 A buddy pair at the first rest stop along Pacific Coast Highway. 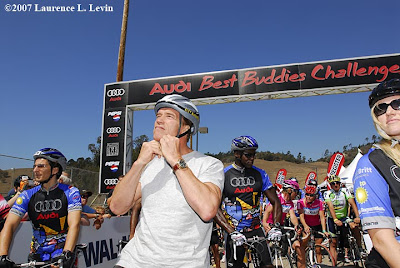 California Governor Arnold Schwarzenegger at the start line for the 20-mile ride. 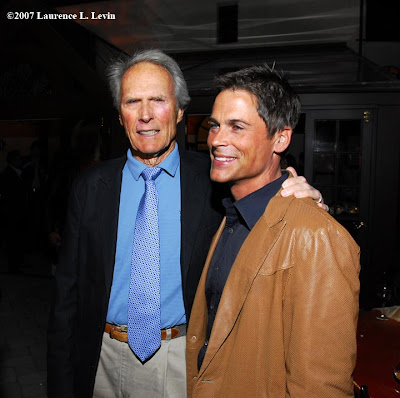 Clint Eastwood and Rob Lowe at the kick-off reception.
Posted by LLL at 7:56 PM