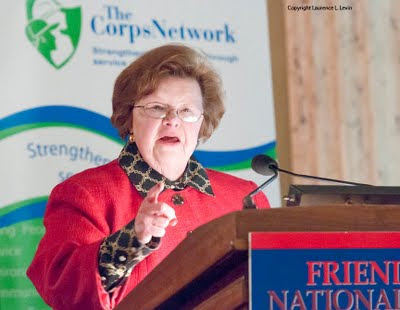 February 15, Washington, DC--Voices for National Service and The Corps Network honored a long list of distinguished individuals who advanced citizen national service. Senator Barbara Mikulski did the opening remarks and announced she will co-chair the National Service Caucus.
(This event held in the East Hall of Union Station in DC. This room is a cavern. It was dark. A request was made to add some light, they did by turning on the podium reading light. Thus as much as possible 'available light' was used to photograph the speakers at the podium. With help from a steady position to avoid camera movement and Photoshop to enhance the images, an amazing latitude was achieved for proper exposure in this low light situation.) 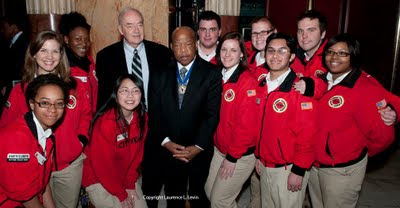