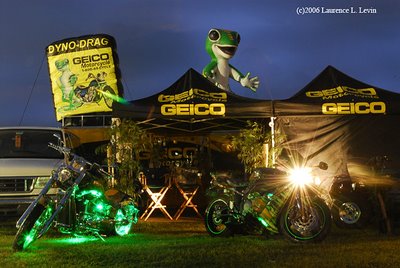 That little Gecko has an incredible following. It seems that everyone at the Delmarva Bike Week in Ocean City Maryland wanted something to remember him by. It rained most of Friday, so we didn't have many visitors, Friday night the rain ended and the booth was ready. 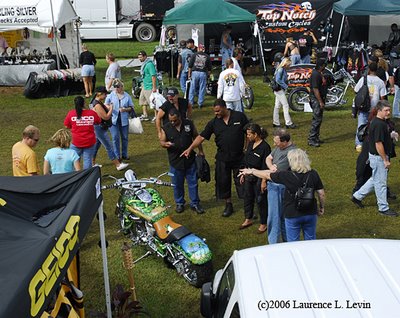 On Saturday the crowds came. Our Honda motorcycle with the Gecko Tiki Bar continues to attract attention. In the days of the event, GEICO staff handed out over 30,000 items with his image. We were handing out over 2000 items per hour. It never ended. 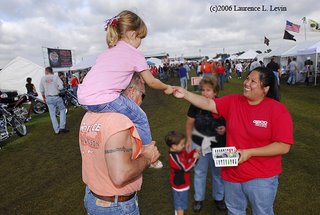 Hannah Moore working the crowd. The GEICO people worked as a team, meeting new people, saying hello to current policy holders, answering questions and just having a grand time. Although we all worked hard; it it seemed that it was not really "work" it was just fun. 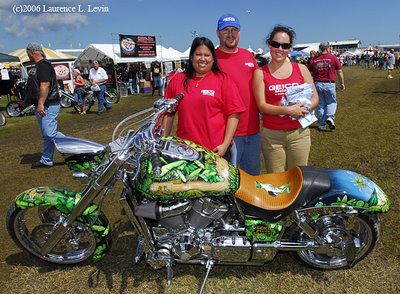 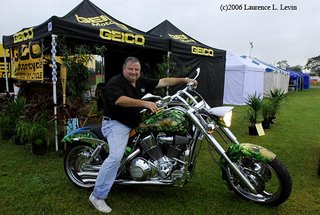 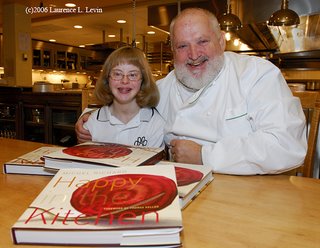 This is the last image for the Life is Sweet 2 Event. Although, Michel Richard of Citronelle will be on his book tour during the event, his exuberance and excitement for cooking will be with us.
Buddy Chef Jennifer Holden will represent Michel at the event by promoting his book, Happy in the Kitchen. Signed copies of this wonderful book will be on sale and the proceeds will be benefit Best Buddies Virginia. This book will make a great gift or wonderful addition to your kitchen.
Posted by LLL at 6:43 PM No comments: 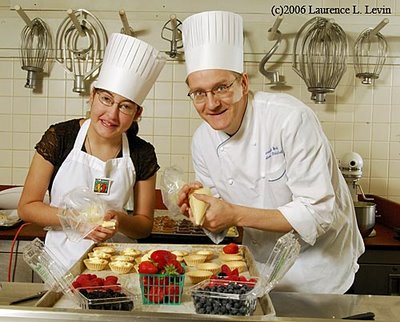 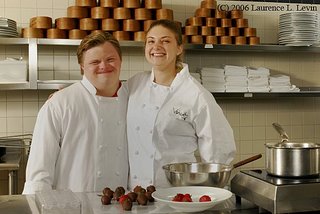 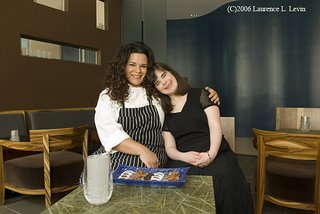 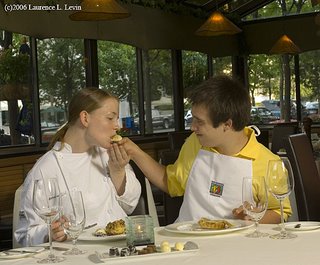 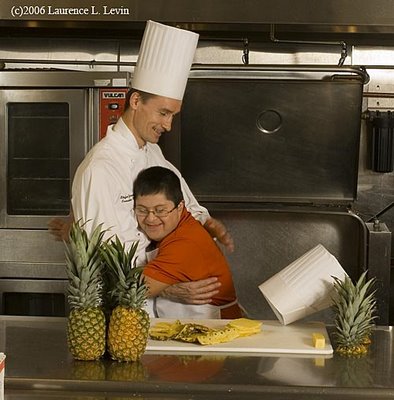 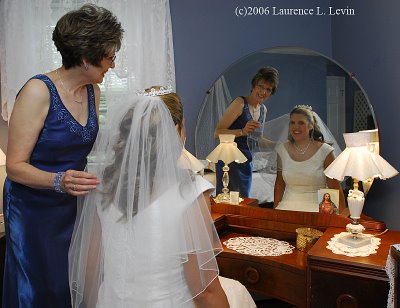 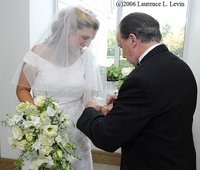 One of the hardest assignments for a photographer is shooting a wedding. Everyone is on edge and you want everything perfect. The reason I did take on this task was that I knew the couple. (Plus it is my wedding gift.) I have known Lisa for over ten years, so I was like part of the family. That is a real bonus because Lisa and her family were comfortable with me taking pictures at some very special moments. They were relaxed and most importantly accommodating to my "one more" requests. Even though everyone was nervous, we were able to have fun which translates to good pictures. 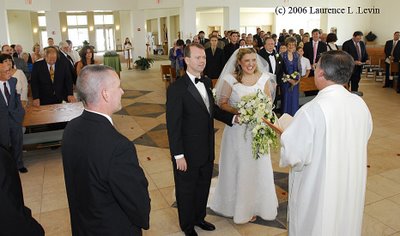 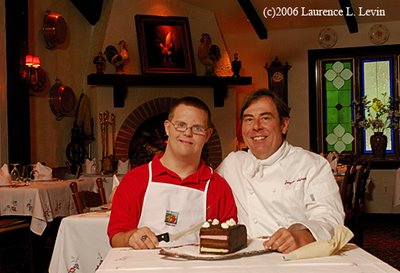 Over the river (I drove over the Potomac) and through the woods (along Great Falls Road) and passing by the horse farms and mcmansions of northern Virginia, one arrives at a restaurant disguised as a quaint farm house. Upon entering you are taken to a far away place, a charming French country styled house. In Chef Jacques Haeringer's restaurant, L'Auberge Chez Francois, you are at home. With warm smiles he and Buddy Chef Eric Latcheran concoct an incredible surprise for the Best Buddies Virginia Life is Sweet event.
Posted by LLL at 12:46 PM No comments: