March 29--US Senate--Washington, DC--The senate hearing room was standing room only.  Every seat was filled.  The senators were in their seats waiting for the last senator to arrive.  As she came out of door, the audience in unison rose to their feet and gave her a standing ovation.  In the many years of attending congressional hearing, rarely does a senator get that type of reception.  As Senator Elizabeth Warren approached her chair, she took out her iPhone to photograph the audience.

This hearing was a Special Committee on Aging, to discuss “The Arc of Alzheimer’s: From Preventing Cognitive Decline in Americans to Assuring Quality Care for those Living with the Disease”  Members of the Alzheimer's Association were in attendance. The first panel speaker was Maria Shriver.  She is part of the Women's Alzheimer's Movement.  Her testimony described the destroying elements of Alzheimer's as she experienced from her father's affliction.

March 27--Tidal Basin, Washington, DC--Each spring seems different, through the years of rising early to capture the cherry blossoms, there are times of perfect skies, bright sun, overcast sky or as in the case of this year a thick fog and limited visibility.  Every time you hope for something different to make the images unique.  In 2017 was an incredible day that made wonderful images. 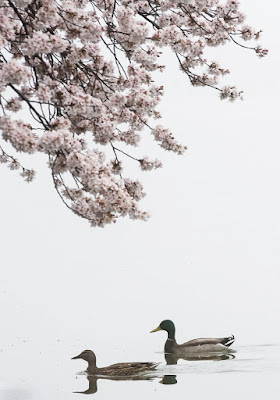 Stopping, waiting & patience, the photo comes to you. 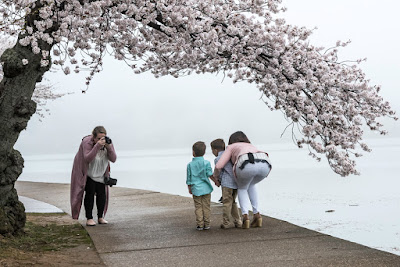