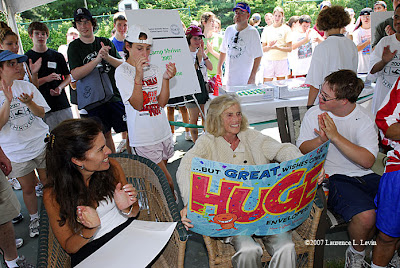 Celebrating her birthday, Eunice Kennedy Shriver is surrounded by her daughter Maria and athletes from Camp Shriver. Beginning in 1962, Eunice started a day camp for people with intellectual disabilities. She believed that given a chance to develop and succeed people with intellectual disabilities could enjoy and participate in sports. From her backyard, similar camps were initiated, the Special Olympics movement was born, and millions of people have participated. 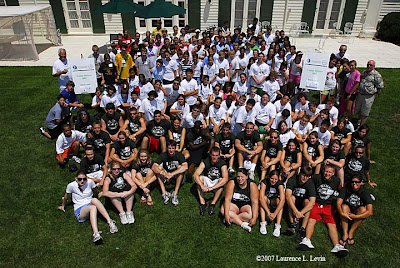 For three weeks in the summer of 2007, Eunice and Sargent Shriver opened their home in Maryland for another Camp Shriver for more than 300 special campers, volunteers and “Camp Shriver” staff. Campers participate in sports training and recreational activities in swimming, soccer, kickball, bocce and basketball. 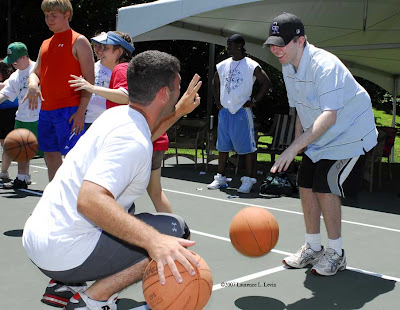 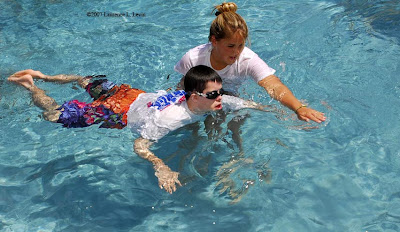 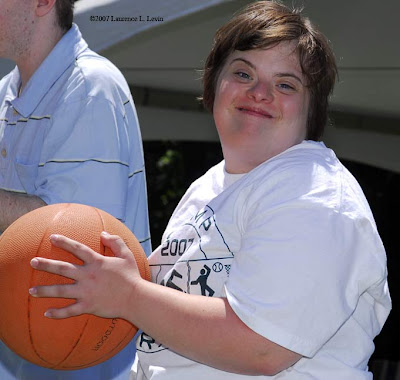 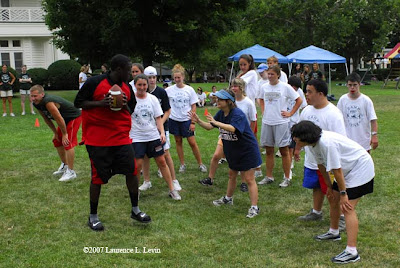 Members of the University of Maryland Terrapins Football team visited the camp and played football with the campers.
Posted by LLL at 3:28 PM